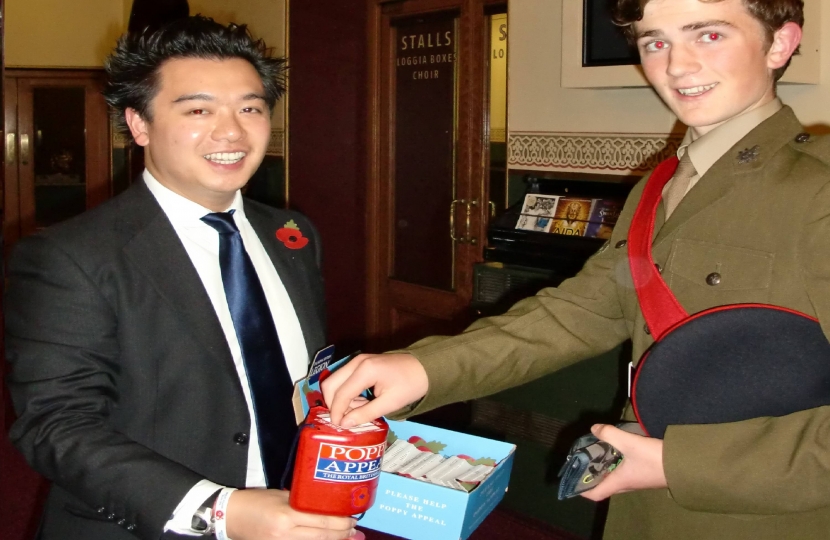 I believe British politics needs more leaders with real-life experience and a proven track record of success to serve our people and local communities.

I joined the Conservative Party to ensure my beliefs and values – personal freedom & responsibility, hard work, strong families & communities, opportunity for all, and patriotism – were translated into action on the ground and policies in government.

I admire Margaret Thatcher’s leadership and vision, and I’m working hard to elect a majority Conservative Government in 2015 led by David Cameron.

My faith in Britain as a country of freedom and opportunity was shaped by my parents who fled Communism and dictatorship never able to return. They were told that in Britain, if you work hard and play by the rules you can get ahead in life. And that’s what they did. After working as a waiter, a kitchen porter and a bar tender, my father, together with my mother, opened a small shop on a Yorkshire high street which they would run for nearly 30 years.

I believe that people from any background should have the freedom and opportunity to go as far and as fast in life as their talents will take them. We need a strong education system based on high standards and expectations, classroom discipline, and a curriculum that combines traditional subjects with the skills our students need to compete in the modern world – and Michael Gove’s reforms put us well on our way. As a school governor I've started to see the improvements.

I made it from a state primary school and then a failing comprehensive to winning an Assisted Place scholarship and then a place at Cambridge, becoming the first in my family to attend university and winning one of its most prestigious academic prizes. I then built a successful business and professional career whilst also contributing to the community and good causes. Everyone in Britain should have the opportunity to achieve their ambitions and fulfil their potential. Britain must be an Opportunity Society, a country of freedom and opportunity for all, as it was for me and my family.

But with freedom and opportunity comes responsibility. The responsibility to work hard, to look out for others, and be good neighbours and civically-minded citizens. Our welfare system should be a safety net not a way of life – and Iain Duncan Smith’s benefits cap and wider welfare reforms to get people off benefits and into work are right for Britain’s society and our economy.

At the heart of a successful nation are strong families and vibrant communities, empowered individuals, successful businesses, and flourishing charities and community groups. Not Big Government. We need a smaller and smarter government, which regulates less, taxes less, and interferes less. People should be free and society should be big. Government should be small but smart.

We need to support family life, encourage more successful people with real-life experience to serve their communities and their country, and support the institutions that are the backbone of community life and national pride. Local and parish councillors, school governors, charity trustees, magistrates, British Legion volunteers, the WI, the Rotary Club, the Lions, the local civic society, the Scouts and Guides, the church and countless other community groups. When I received the Big Society Award on behalf of Magic Breakfast from the Prime Minister, I met many of the community leaders and groups that make Britain strong, and we should do more to support them.

I cherish British values because my family know first-hand how tough life is without them, and how precious our freedoms and sovereignty are. Britain kept its promise to my parents and their generation.

It is our duty to keep the promise of freedom and opportunity to future generations. I joined the Conservative Party to help protect Britain’s historic freedoms and independence.

The European Union needs to be radically reformed to become more open, democratic and competitive – and it is right that we are giving the British people a say on our EU membership once we have had a chance to re-negotiate with Brussels. We must also re-shape our relationship with the European Convention on Human Rights, which is too often used by criminals and terrorists to escape British justice.

We need to re-gain control of our borders and immigration system, so we only admit those who share our values and can make a positive contribution to Britain. And as a long-standing British Legion volunteer, I understand the immense service our Armed Forces have given to our country. They represent the best of Britain and protect us in an increasingly uncertain world. We must do all we can to support the Armed Forces, veterans and military families.

Britain is a nation that has given my family - and many others - hope, freedom and opportunity. We have a proud past, a dynamic present, and an even brighter future as one of the world's great nations. As Conservatives, our mission must be to build the Opportunity Society which gives hope, freedom and opportunity to all, so that as a society we are prosperous, cohesive and patriotic, and as a country we are a strong force in the world for democracy, peace and prosperity.

I joined the Conservative Party to ensure my beliefs and values were translated into action on the ground and policies in government, and I look forward to working with you to turn this shared vision into reality.