Member of Parliament for Havant 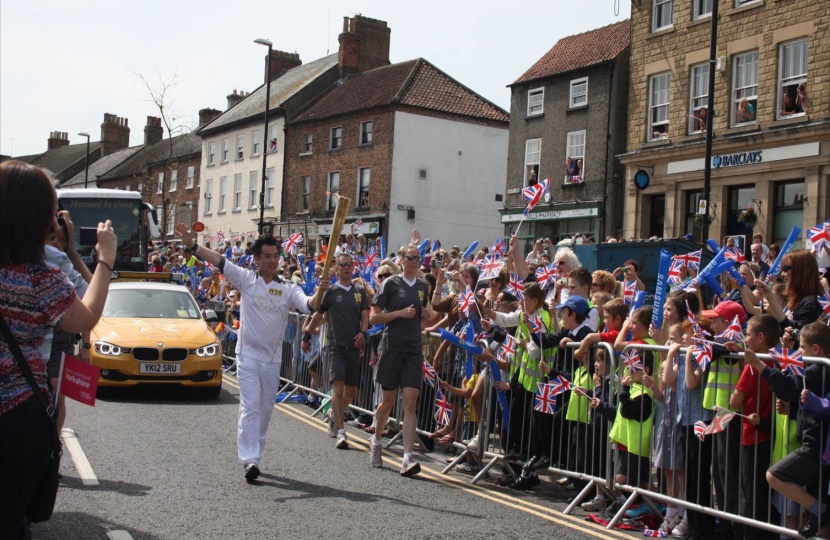 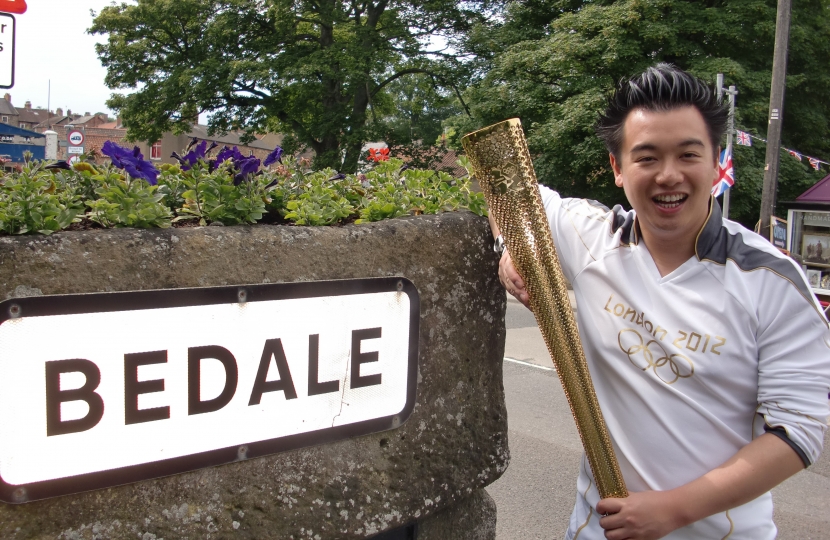 I was proud and honoured to be selected to carry the London 2012 Olympic Torch in the Yorkshire market town of Bedale on 20 June 2012 as part of the 70-day nationwide Olympic Torch Relay. It was a particular honour to do so in my home county of Yorkshire, in front of many friends, family, neighbours and Magic Breakfast supporters.

I was selected after being nominated by Magic Breakfast, the UK's leading school breakfast club charity.

The day started with a briefing at 8AM in nearby Northallerton for all the Torchbearers covering the Northallerton and Bedale leg of the Torch Relay. I was then bussed to Bedale to take my place on Market Place in the centre of town, dropping off the others on the way. It was great to meet the other Torchbearers at the briefing and learn about all the great things they had done for their communities.

It was great to see so many hundreds of people lining Market Place in Bedale on the day: school children with their teachers. Mums and dads. Pensioners and war heroes from the Bedale Royal British Legion. Local shopkeepers, farmers and business people. Everyone in Bedale was there it seemed, lining the streets six or seven deep, cheering, shouting, taking photos, soaking up the atmosphere.

Further details and photos from the day can be on found on Bedale Online, the excellent local community blog.

• Alan's "Before The Torch Relay" Blog

• Alan's "After the Torch Relay" Blog 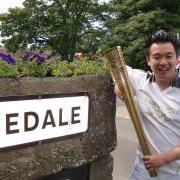 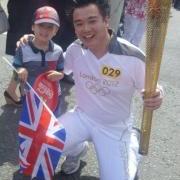 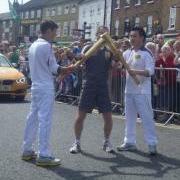